On September 9th, we hosted a webinar featuring Senior Medical Officer Jack Modell about improving inclusion and exclusion criteria for your next clinical trial.  If you missed the webinar, you can click here to register and view the webinar on-demand.

Several questions came up during the webinar that Dr. Modell did not have time to address.  Additionally, during one part of the webinar participants were asked to submit possible inclusion and exclusion criteria that could be used for a particular scenario, and there were a couple of submitted criteria he did not have time to discuss.  Below, Dr. Modell has responded to the unanswered questions and provided some insight on additional inclusion and exclusion criteria that were submitted during the webinar.

Q: How can you extrapolate your intended patient population between different phases of the trials?

A: Generally, as drug development progresses and more safety information is available, the population can be expanded accordingly.  Thus, phase I trials are usually limited to healthy controls, pivotal trials are generally in a broad target population for whom the drug will be indicated, and phase 4 (post-marketing) trials often extend to previously untested populations (e.g., patients with comorbidities, other target diseases, etc.), safety permitting.

Q: What about adaptive trials, with a number of target groups?

A:Adaptive trials are fine as long as they are appropriately designed with adequate power to detect effects of interest in each group (and the exisiting safety data base makes use in the different groups acceptable).  Cautious use beyond known safety is often appropriate (otherwise we couldn't test or progress new drugs at all); but as always, the potential risks vs. benefits for the research subjects and intended patient populations must be carefully assessed.

Q:Once a patient is in the study, and it is determined that the patient was entered in to the study despite not meeting one of the I / E criteria, do you immediately terminate the patient from the study if it is not a safety issue?

A: Yes, I would generally terminate because you are then studying a subject for whom the study wasn't approved and/or the drug wasn't intended.  These subjects should, however, generally be followed as long as necessary (usually as specified by the protocol) for safety assessments.  Of course, one might counter, "Well, what if the I/E criterion that the subject failed to meet wasn't really that consequential -- 'no big deal, really'?"  To that I would have to ask why an "inconsequential" I/E criterion was included in the first place (maybe shouldn't have been?), but of course that's academic at this point.  Nonetheless, I/E criterion really shouldn't be "second guessed" for subjects once the trial is underway (barring global reassessments and protocol amendments to deal with that), so I would still say that the subject should be discontinued from the study except for safety follow up.

Q: Is it ethical for the PI to be a participant in the study?

A: Great question.  I'm not sure that it is necessarily "unethical," but the question is whether there's a good reason for the PI not to be a subject.  And for most studies, I think it would be inadvisable because the PI has a vested interest in the outcome and so it would be very difficult for him or her to be completely objective. He or she is hardly representative of the "random" populations that we usually need for drug development.  On the other hand, there may be circumstances, such as when risks are minimal and there is no way that the data can be affected by the PI's vested interest (e.g., a study of height, weight, or other information that is fixed and objective) where the PI's participation might be acceptable.  In any case, if the study is subject to IRB approval, as most are, the PI's involvement should be cleared with the IRB ahead of time.

Q: Many people - not only in EU - consume low to moderate levels of alcohol even during times when they are undergoing treatment. People with blood alcohol should not be excluded because it is reflective of the actual real world population. Any comment?

A: A good point.  But please note that I didn't suggest excluding any alcohol use at all, but rather, only those who could not commit to abstaining for 8 hours before screening and/or randomization (generally not too much to ask considering these 8 hours would usually be in the morning) and those whose BACs are above .015 when tested because this either means that they didn't abstain when they said they would (which raises a question of compliance) or that they had levels 8 hours previous that could only have been attained by very heavy drinking.  One of course could quibble with the ".015" (why not .010 or .020?), but the goal is to do your best to exclude those likely to be heavy drinkers, realizing that you'll lose a few who aren't, but this is generally better than over-including those who do have a problem.  As for the point of testing a drug in the "real world" population of heavy drinkers, if this is really the goal, a separate study (adequately powered and with appropriate precautions) would be a better way to do this.

Exlusion Criteria: Excessive user of depressant drugs such as alcohol - no more than 1 drink a day

Yes, this would be an appropriate exclusion criterion, although would need to be more specific about use of depressant drugs.  One drink a day is reasonable, especially since many subjects will underreport drinking.

Reasonable given that there may be a QTc concern.

If you have additional questions about the webinar, please submit them in the comments below.  Also, feel free to share additional inclusion/exclusion criteria based on the scenario shared in the webinar.

Dr. Modell has authored over 50 peer-reviewed publications in addiction medicine, anesthesiology, psychiatry, neurology, and nuclear medicine. He has lead several successful development programs in the neurosciences. Dr. Modell is a key opinion leader in the neurosciences, has served on numerous advisory and editorial boards, and is nationally known for leading the first successful development of preventative pharmacotherapy for the depressive episodes of seasonal affective disorder. 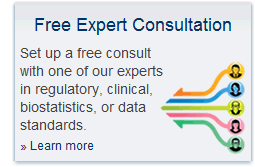